NORTH SIOUX CITY, SD -  United Turf and Batting Cages will be hosting a "Train with Pros" Football Camp and Coaching Clinic featuring IMG Football Academy staff! This event will be held on the P's Pizza House Field in the Liberty National Bank Performance Center on February 19 and 20.

These standout football staff includes Aubrey Kidd, Chris Dennis, Nathon Trawick and Richie Mize Jr. Other than an impressive playing career and coaching resume, these individuals all coach for IMG Academy. IMG is the nation’s premier prep football program. With 5 straight years ranked in the top 10 nationally and more than 200 student-athletes placed in college programs since its inception, IMG has a proven reputation for athletic development and an unmatched environment for college recruitment and preparation to compete at the next level. IMG Academy football alumni have joined some of the nation’s top universities and continue to be selected for the NFL Combine and in the NFL Draft.

"We are working to continue bringing high-level instructors into the Siouxland area. Our athletes work hard to earn the opportunity to receive the highest training possible, and we want to continue providing it. These elite coaches from IMG Academy fit the bill 100%! This is a phenomenal opportunity to learn from an extremely experienced and knowledgeable football staff as both an athlete and coach," states United Turf Sports Director, Ben Oberle. Not only will these coaches be training youth athletes, but they will also be sharing their knowledge in a "Train with Pros" Coaching Clinic on February 19 at 6PM in the Liberty National Bank Performance Center.

The two-day camp will be divided into two sessions. The first 2.5 hour session will be for football athletes aged 10-14 followed by the second session for high school aged athletes. You can register at www.usportsacad.com. 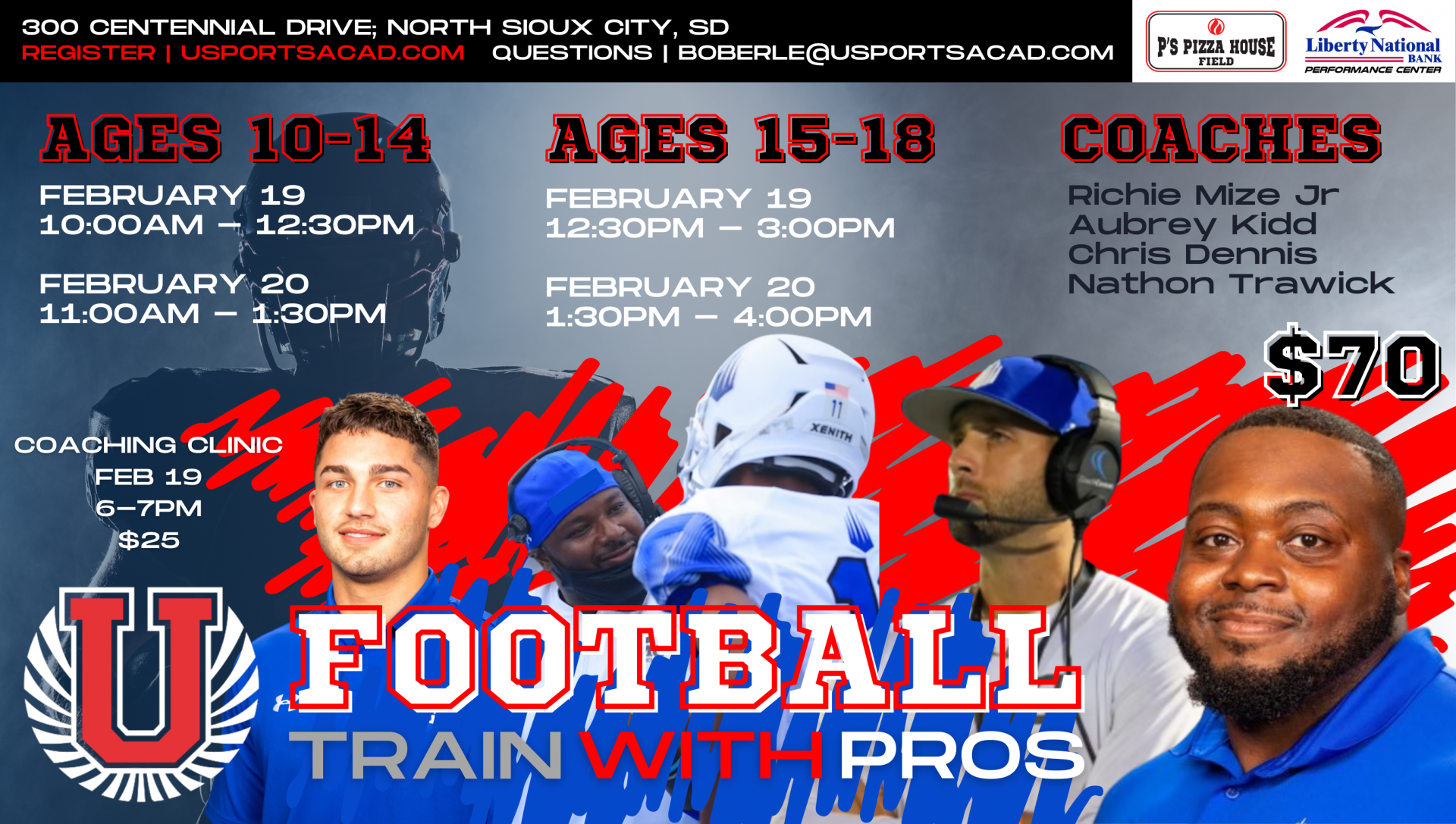