NORTH SIOUX CITY, SD – The United Sports Academy is excited to announce the Pro Power Hitting and Throwing Camp presented by Ian Church, Casey Baker and Siouxland Redline on December 17-18! This camp has a unique structure that is both hands-on and instructional. This allows athletes to learn new skills and techniques while also understanding the functionality behind them that can help them to improve outside of the camp. Our camp is designed for athletes who are serious about playing at the collegiate and even professional level. The camp will be limited to 15 high school athletes.

Day One will consist of metric testing, a presentation of metric results by Siouxland Redline Sports Performance Director, Erin Bailey, a 1 hour Redline class (consisting of injury prevention, speed and strength training), and conclude with an instructional power hitting and throwing camp by Ian Church and Casey Baker.

Day Two will consist of a 1 hour Redline class and overview of the power hitting and throwing instruction learned the previous day. The two-day camp is priced at $300 per athlete. Following the camp, athletes will have the opportunity to continue their training on a weekly basis for 6 weeks priced at $450. This includes a 1 hour training session in the batting cages with Casey Baker every Monday, unlimited Redline classes, and virtual evaluations of training sessions with Ian Church.

Following his athletic career, Church opened and operated baseball and softball training facilities in New York, South Carolina and Florida. He was also the General Manager of the Medford Rogues, a summer collegiate wood bat league team. Now, he works with athletics in person and remotely on functional baseball and softball techniques. "I am excited to educate and inspire the up-and-coming youth of Siouxland," states Church.

Casey began his professional career in 2002 as a member of the Sioux City Explorers and played a total of 4 seasons with the X’s and was named the 2004 Northern League Rookie of the year. In 2006, Casey joined the Kalamazoo Kings of the Frontier league where he was named a Frontier League All-Star, while winning the batting title with a .333 average. Casey finished his professional career .322 batting average. Baker is the United Sports Academy Baseball/Softball Director.

"Almost every high school athlete who trains in the off-season has aspirations to compete after graduation. I was always told what I needed to do, but didn't always get the proper details and required focus to improve. Our camp structure not only explains how to become more powerful, but the campers will be engaged in classes and receive instruction during their time at United. When the weekend is over, I am confident our athletes will understand exactly what exercises to do, and have the tools to execute them properly and with focus," states Casey Baker. 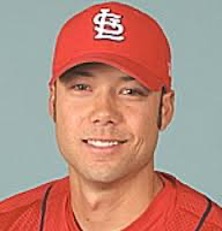 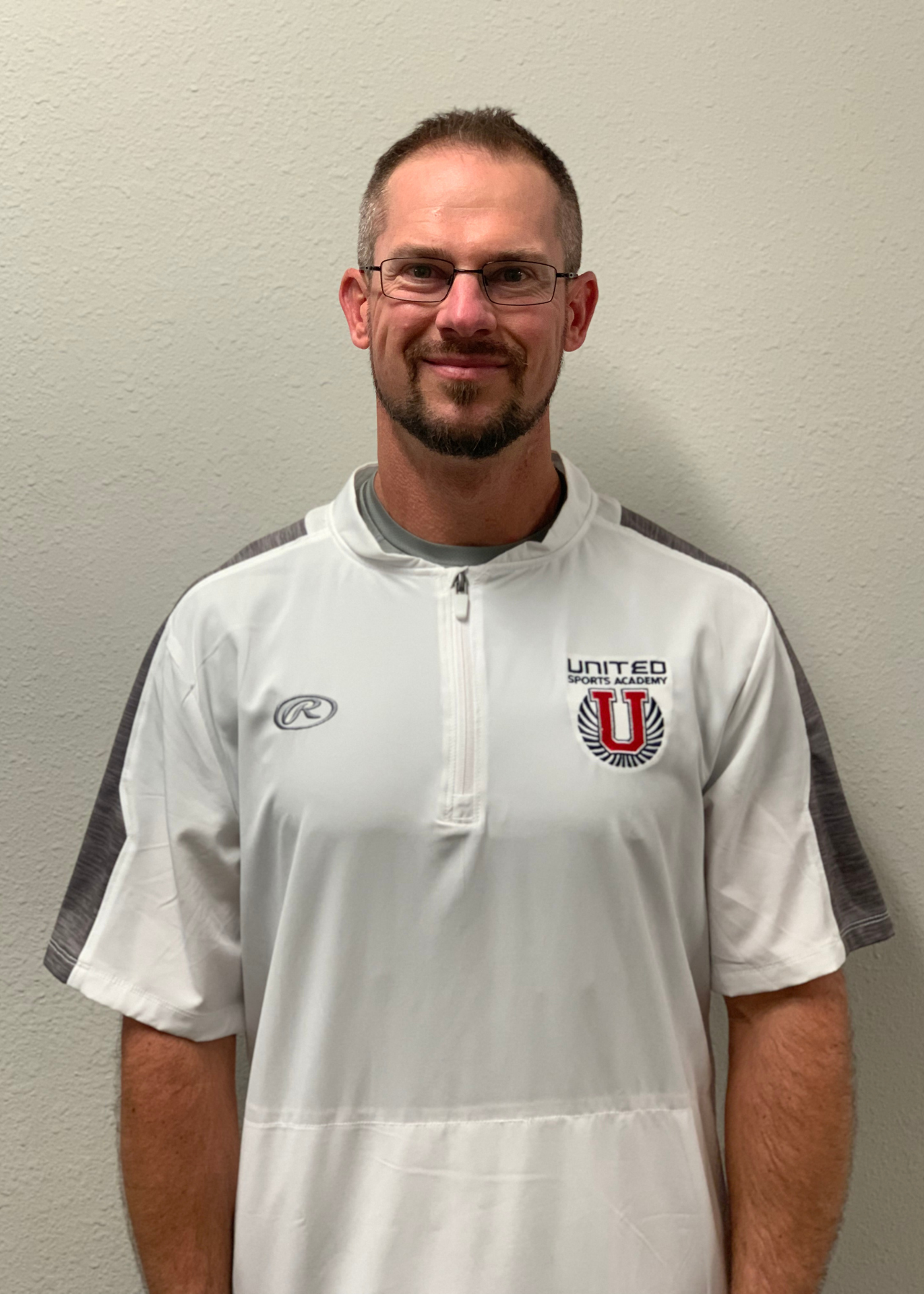 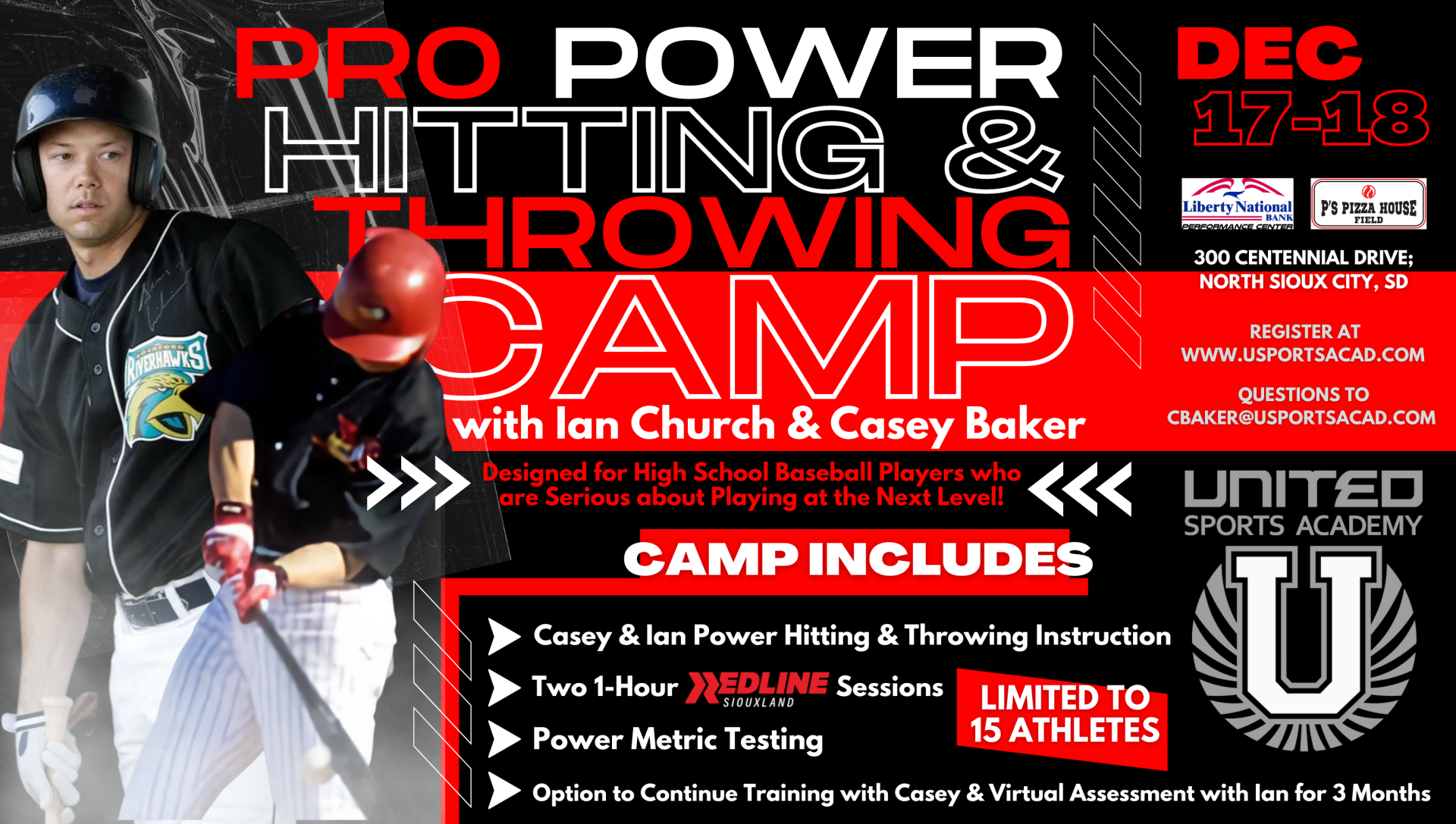